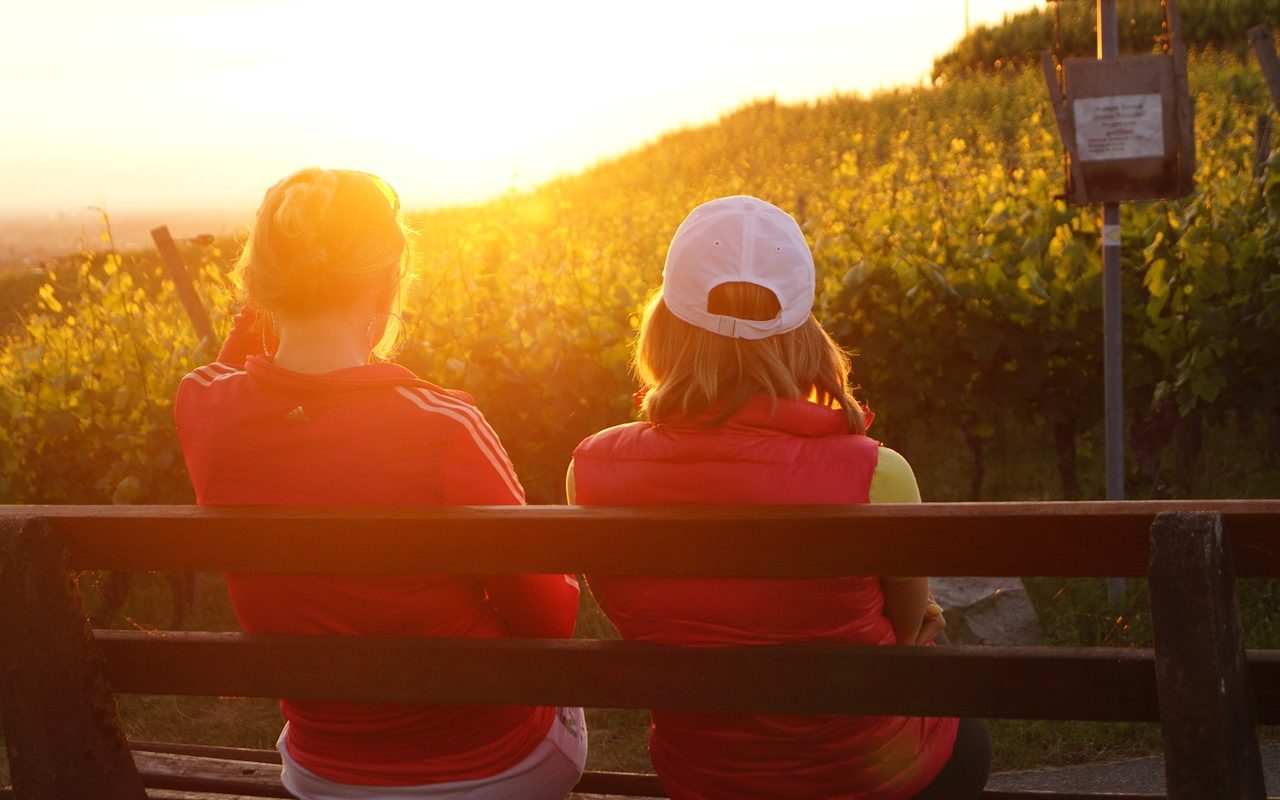 A Friend in Lonely Times

Loneliness takes up residence in all of our lives at one point or another.  It visits each of us in different ways.  To some of us, it walks through the door as we bury our loved ones.  To others, it sneaks in as we battle disease and physical pain.  Still, to some, it holds their hand in the midst of a room full of family and friends.  Periods of loneliness seem almost inevitable in our lifetime. We all have isolated situations that leave us feeling that no one else can relate to our circumstance.  We all walk through seasons of transition and unforeseen change.  To many, the loneliness is unrecognized until life slows down and there is actually time to reflect.

There are several times in my life that I have felt lonely, but there is one season in my life that distinctly stands out.  I was nineteen years old.  I had just arrived home after being gone for half a year doing mission work.  I had no idea what to expect when flying back home.  I guess I just imagined it would be the same as it had always been.  For the most part, everything was the same.  My family welcomed me home with open arms and my old friends came to welcome me at the airport.

What I soon began to realize, though, was what was old and familiar did not settle well with me.  As I was oceans away, being shaped and changed by my growing relationship with God, and immersed in a culture completely different than my own, I had drastically changed!  In the six months that I was away, I had become a new person.  Things that I had once loved seemed insignificant to me.  Instead of spending my Saturdays going to the movies, eating boatloads of junk food, and watching movies, I had been spent feeding hungry children and staying up for all-night prayers.  I was also at a vulnerable place in my relationship with God.  I knew that if I spent too much time around the same friend group that I had before, I would inevitably fall back into a lifestyle that I didn’t want to live.  I had engaged in a lot of heavy partying before I had left and I knew that if I surrounded myself with the same people and atmosphere, it would likely become a part of my life again.  Escaping that lifestyle had actually been one of the reasons that I had left in the first place.

After a few weeks of being home, extreme loneliness began to set in.  The weekends would come, and I would sit home by myself.  The friends I had spent my time with before had inevitably moved on with their lives, and the rest would pull me back into the party scene.  I felt misunderstood.  Friends who knew me before sensed the changes in me.  I had become unknown.  I had changed, and most of them were not expecting that either.  Even my family, as much as they loved me, didn’t fully understand what had happened in me. Not many people wanted to really take the time to listen to my experiences.  This was all so confusing.  I had a lot to digest after seeing all I had seen and experienced all I had experienced.  Most of what I would have to say probably came out jumbled and confusing. I remember spending my weekends playing games with my parents and their friends, not exactly how a nineteen-year-old wants to spend their Friday night, or I would write music in my bedroom and spend time in worship.

One Sunday, I couldn’t take the lack of companionship anymore.  While driving home from the morning church service, I broke down and cried out to God.  I felt misunderstood.  I felt separated.  I just felt so alone! I had no one I could pour my heart out to about all of the events I had experienced, and all of the changes that had happened inside of me during those six months away.  I needed an outlet.  I had God.  I spoke to him all the time about what I had gone through and experienced, but I needed a friend with whom I could sit down and have a coffee with, and share my heart.  After that initial prayer, I continued to bring that need to God over and over again.

As it turns out, God was listening and preparing not only a friend but also an entire community for me all along, even while I was still on my mission trip.  I received a Facebook message from a former coworker from high school. Back when I had previously known him, he was really into partying and had actually tried to get me to join him on several occasions. Fortunately, that never ended up happening or this story might not have turned out as amazing as it did!  He shared in his message that he had recently given his life to Jesus and had found an amazing community that was supporting him.  He asked if I would like to meet up and talk about all that had changed in his life.  At that moment, I hadn’t seen this as God’s answer to my prayer, but of course, I jumped at the opportunity to sit down and talk to someone besides my parents.

Our one meeting turned into two, and then we began seeing each other nearly every day of the week!  I joined him at his Bible study that he had been attending, and immediately connected to the community there.  I had gone from feeling isolated and alone to being surrounded by people who I saw as my brothers and sisters in Christ! God turned my desert into an overflowing ocean of community who understood me and would stand by me as I continued to walk in relationship with Jesus.

I don’t know where you might be in your walk in life or if loneliness is something you are carrying around with you right now, but I do know that we have a ‘friend that sticks closer than a brother,’ and His name is Jesus.  (Proverbs 18:24)  He does know what we are facing and He does see the pain we carry.  He cares about the things that break our hearts and He wants to be the answer to that pain.  His answer came to me in the unlikely friendship of a former coworker.  His answer may come to you in any of a million different ways, but surely, it will come.  God knows our deepest desires and needs.  If you are struggling with loneliness, bring your need of companionship to Him.  He will first and foremost be your Friend, but He will also supply you with your deepest need.  He is a good Father and He will listen when you lay your requests before Him.

A Friend in Lonely Times