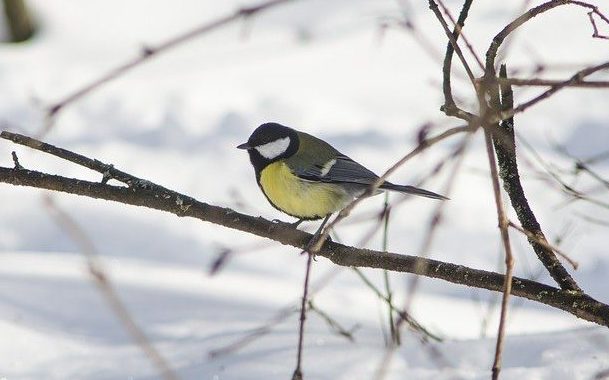 Have you ever heard someone ask, “Why do bad things happen to good people?” Or how about the popular, “Well, if God is so loving, why am I suffering?” Both good questions that have stumped theologians the world over, but both have an answer.

In the fall of 2009, my little family entered a time of extreme financial distress. We had a rental house that was destroyed by a renter who owed thousands in back payments! We found ourselves unable to sell it. My husband’s health began to crash, due to stress, so I took on two extra jobs to make ends meet. It seemed like whatever we touched during this time crashed and burned. I began to look for the biblical plague of locust on the horizon. Then I received the news: I was expecting again.

We were overjoyed and thought perhaps the tide was beginning to turn. Maybe God was moving us into a better place. Maybe…just maybe.

My kids were thrilled, and I spent my days daydreaming about whether the baby was a boy or a girl, picking names and telling our family. That baby became our symbol of God’s goodness, of hope.

A few weeks before Christmas, I began to hemorrhage. My husband rushed me to the hospital, and after a night in the ER and several tests, the doctor came to see me.  Shaking her head and telling me she was sorry, but the baby was gone. It seemed like a dream. I could hear the doctor talking but couldn’t focus on what she was saying. There was a buzzing in my ears. I felt salt in my mouth and realized with a start I was crying. I walked out of that ER feeling abandoned, broken, and numb.

I would love to say that I cried myself to sleep that night, but sleep never came. I cried all night, alternating between disbelief and pain as the reality of our loss fell fresh in my heart again. I lay facing our large window, watching as the first streaks of sun painted the night sky. And that’s when I heard it.

A single, solitary bird was singing its heart out.

In Arkansas, birds don’t chirp in the dead of winter. It’s too cold and miserable. Nevertheless, I heard it just the same.

I rose from my bed and walked slowly to my window, looking out at our pond and meadow, trying to find the source of that sweet music. My breath fogged the cold glass. As I stood there empty and vulnerable, I realized with a start that the little bird I heard was making a choice: despite the cold, despite what the rest of nature was doing that little bird chose to rise from his bed and sing.

I faced a choice: I could rail against my Maker, blame God and let the bitterness consume me, or I could praise Him. Praise Him for the weeks that He gave me rejoicing and nurturing His creation. Praise Him that He sees the big picture and does know what’s best. Rejoice that because of Jesus; I would see my child again. I raised my face to the sky and whispered the words of Job, “The Lord has given and the Lord has taken away. Blessed be the name of the Lord!” Job 1:21 (NIV)

Sometimes you have to operate on what you know…not how you feel. That is faith.

The morning that I lost my first baby, when I heard that little bird’s frigid whistle and chose to praise God for the child I lost, I lay back down in my bed and tucked my knees up to my chest. I just listened to the song. So similar to Christ’s song: a song that gave glory to God despite the agony. As I lay there, peace seemed to cover me like a blanket. I felt like the Lord had cuddled right up beside me, much like a father or mother embraces a hurting child. I sensed His arms around me and felt love unlike any other time in my life. He didn’t abandon me; indeed, He was there.